The Greenway Chapel is the ‘Jewel in St Peter’s Crown’ and earned the church its Grade I listing. It was built by John Greenway in 1517 as a chantry chapel, where prayers would be said for him and his wife Joan after their deaths. The brasses of the Greenways can be seen on the walls of the chapel.

John Greenway was a self-made man and a prominent citizen of Tiverton, who became extremely wealthy through trading the woollen cloth known as kersey in Europe. He built his own fleet of merchant ships, which could also be requisitioned for war. He was admitted to the Worshipful Company of Drapers, which had a near monopoly on buying and selling cloth in London; he was also a member of the Merchant Venturers, which organised convoys of armed vessels sailing to the continent to combat piracy. 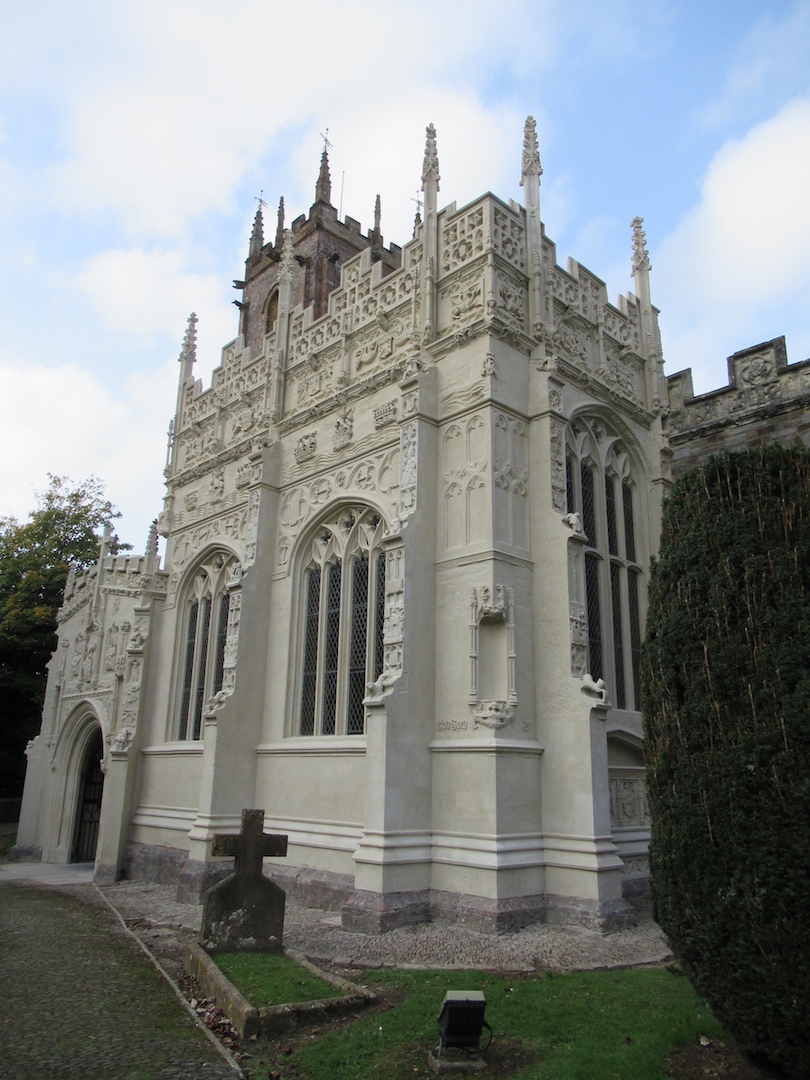 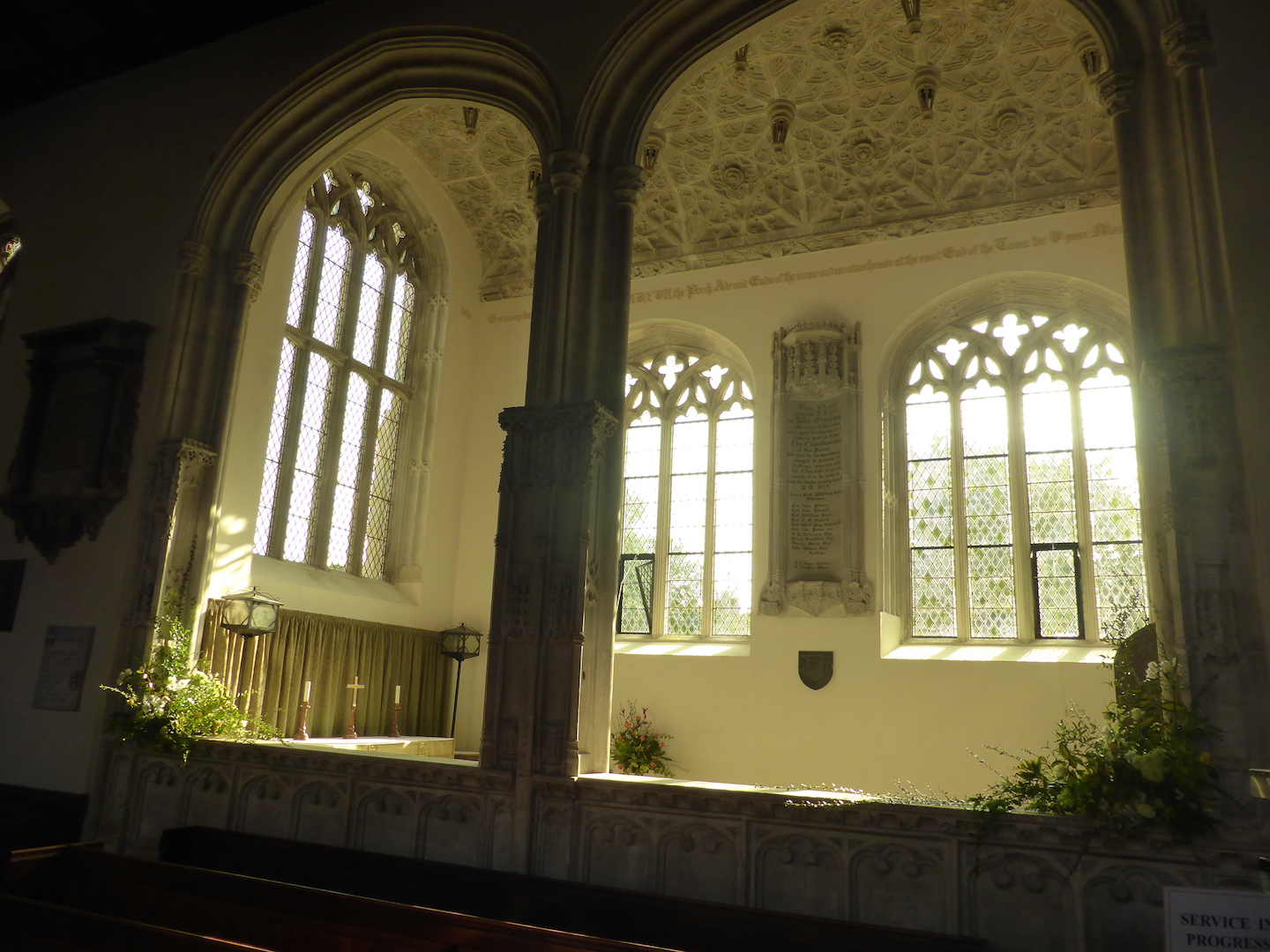 In the south porch you can find carvings of John and Joan as well as the Assumption of the Virgin Mary. The vaulted ceiling of the porch is intricately carved with symbols of Greenway’s trade.

The outside of the Chapel has detailed carvings of ships in his fleet on a wavy sea, complete with cannons and archers. Other features to see include anchors, ropes, bales of wool, and animals, including monkeys. At a higher level, there are carvings of scenes from the life of Christ as well as the coats of arms of John Greenway, the Merchant Venturers and the Drapers.

For further information, do have a look at the booklet about St Peter’s, which is available in the church. After the completion of restoration work in the chapel in 2017, an interesting talk was given by Elizabeth Fathi, Chief Executive of Tiverton Almshouse Trust.