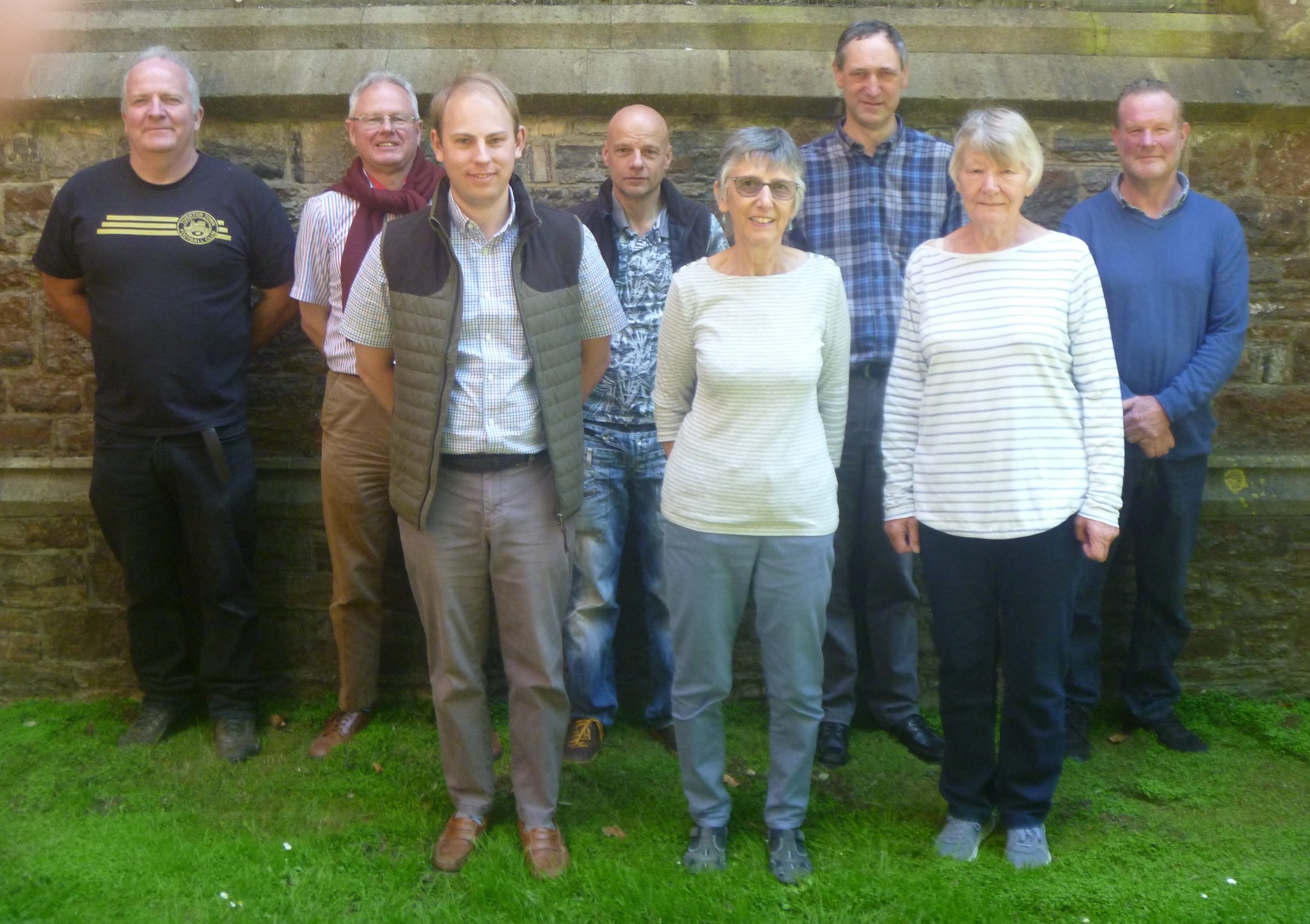 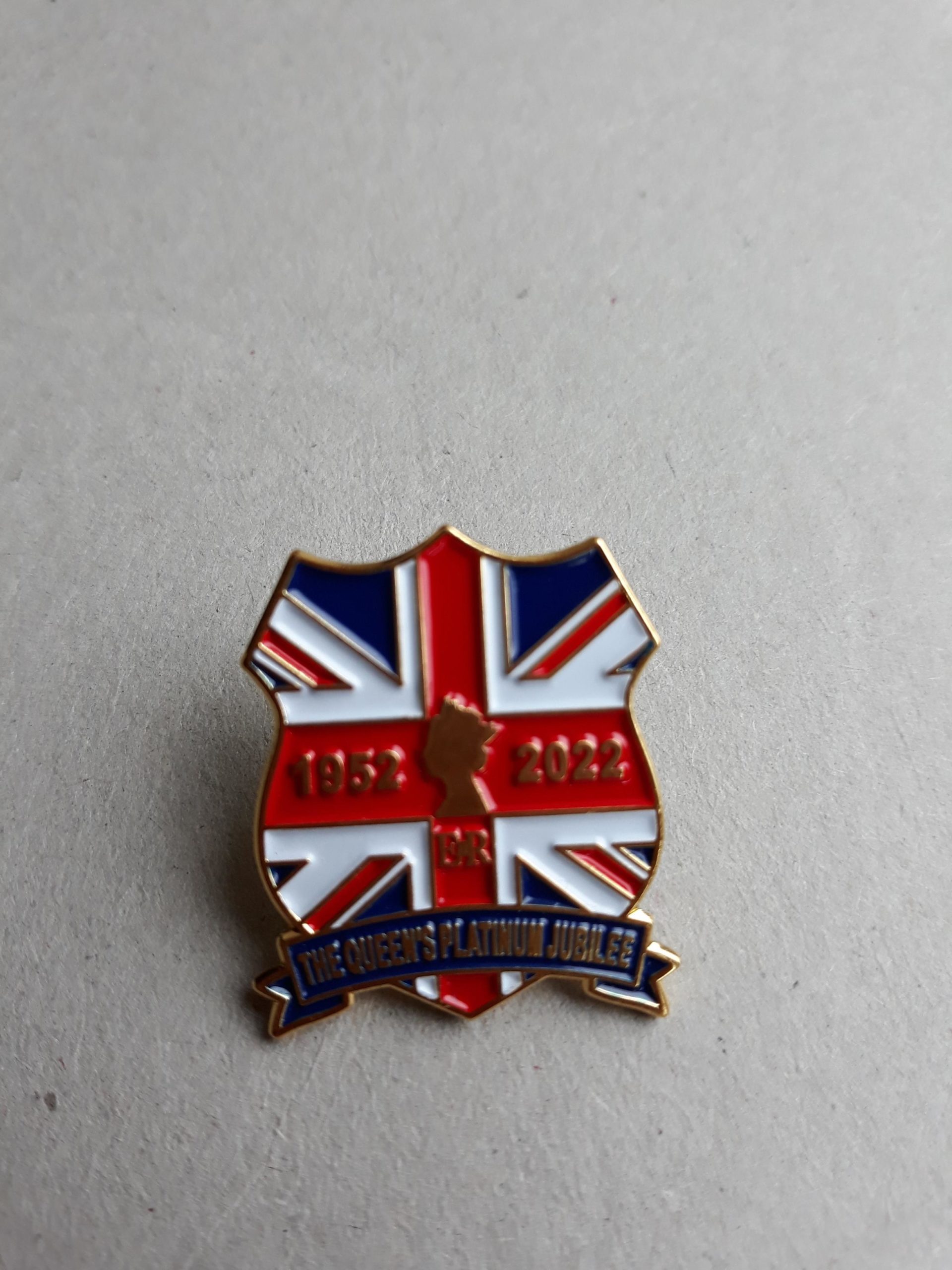 News from the Ringing Room

This year, the bellringers held their annual outing in the South Hams area. After lunch at The Mildmay Colours, they rang at Holbeton Church, where they were met by the tower captain, who joined them to ring Sixty On Thirds. Later, at Newton Ferrers, there were more well-struck call changes, a short walk along the estuary edge and an impromptu dive into the co-op for ice cream. Thanks to outing organiser Simon Trott for his research and local knowledge.

A scheduled ferry crossing to the beautiful village of Noss Mayo was unfortunately prevented by engine difficulties, so the ringers continued by car to the final tower of the day. With the help of a local ringer, a touch of Grandsire Doubles and Devon call changes were rung. After a walk down to the estuary, there was then time for a quick drink in The Swan, before low tide enabled the ringers to make their way across to The Ship Inn, where an excellent meal was enjoyed in the conservatory. It was unfortunate that, at the last minute, many who had intended to join the outing were unable to come. Nonetheless, a wonderful day was enjoyed by those who did make it.

Back at St Peter’s, the ringers took part in the platinum jubilee celebrations for Her Majesty the Queen. A quarter peal of Plain Bob Triples was rung (by the band in the picture) on Friday 3rd June, and 3 different sets of Queens’ changes before the service on Sunday 5th June provided opportunity for all the members of the band to join in. Elaine had thoughtfully organised the presentation of a ‘Queen’s Platinum Jubilee’ enamel badge (pictured on the left) for all who had rung for the celebrations here.

Looking to the future: The three people currently learning to ring here are making good progress and will soon begin ringing at their own towers. This means we are now ready for more new members in the band; if you are or know of someone who would like to learn to ring, please do get in touch.

On their most recent open day, the bellringers opened the tower for tours and welcomed 45 visitors. For the climb of over 100 steps to the top of the tower, the numbers on each tour were limited, because of ongoing Covid restrictions. Each tour began in the ringing room with information about the history of the bells, facts about the tower and a demonstration of ringing by six local ringers. The tour then continued in the clock room with a visit to the 1883 Gillett & Johnson clock, which now has an electric winding mechanism. Climbing further, visitors entered the bell chamber and were able to admire the 8 bells, recast by Taylors of Loughborough in 1923. Further insights were provided here, explaining the workings of bells hung for full-circle ringing. To complete the tour, each party continued to the tower roof, to admire the view of the town and surrounding area. The fine weather afforded a wealth of opportunities to spot key buildings and places of interest. Meanwhile, downstairs in the church, displays and videos with further information about bellringing were available to enjoy with refreshments and time to chat with members of the band. 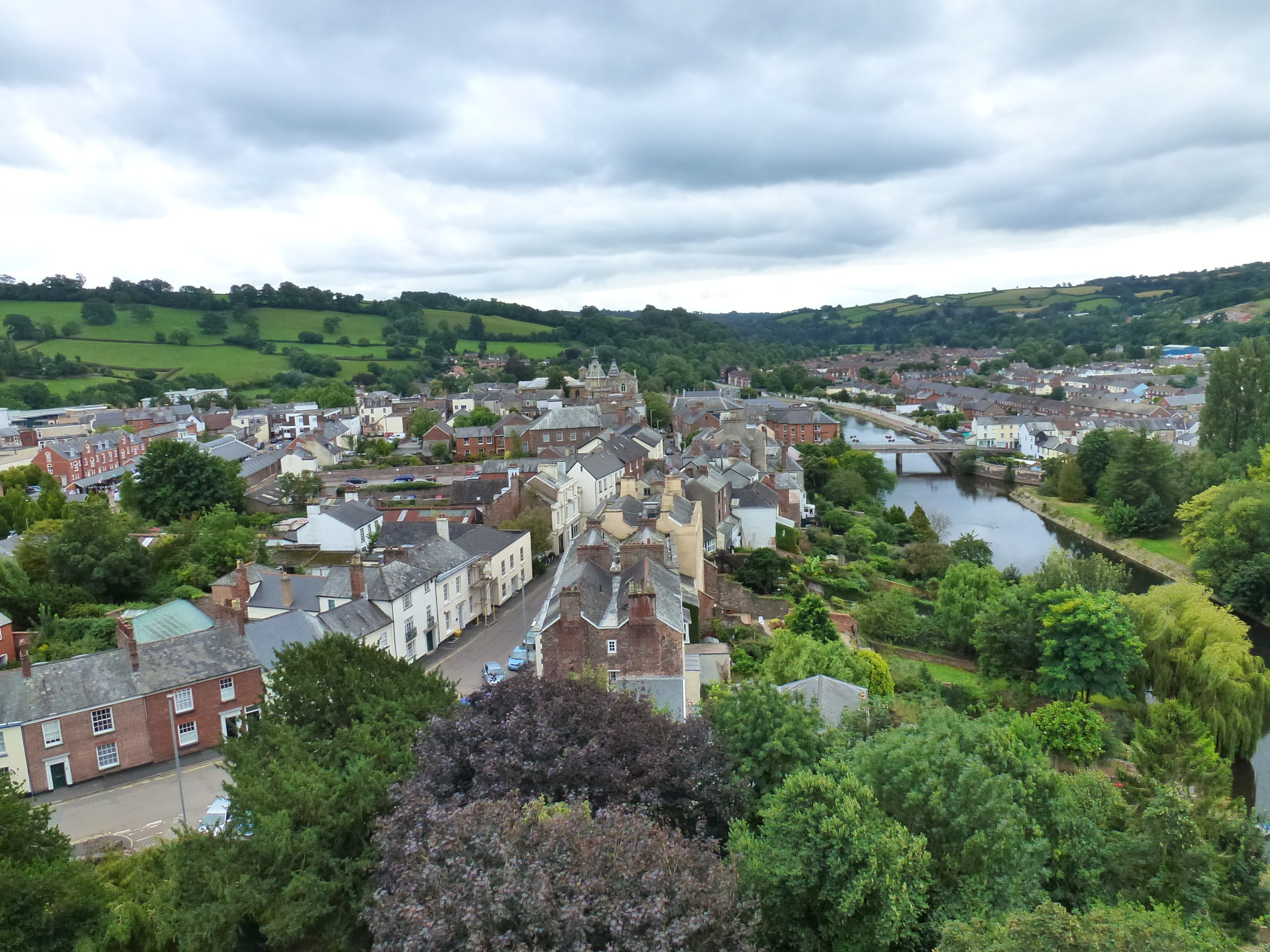 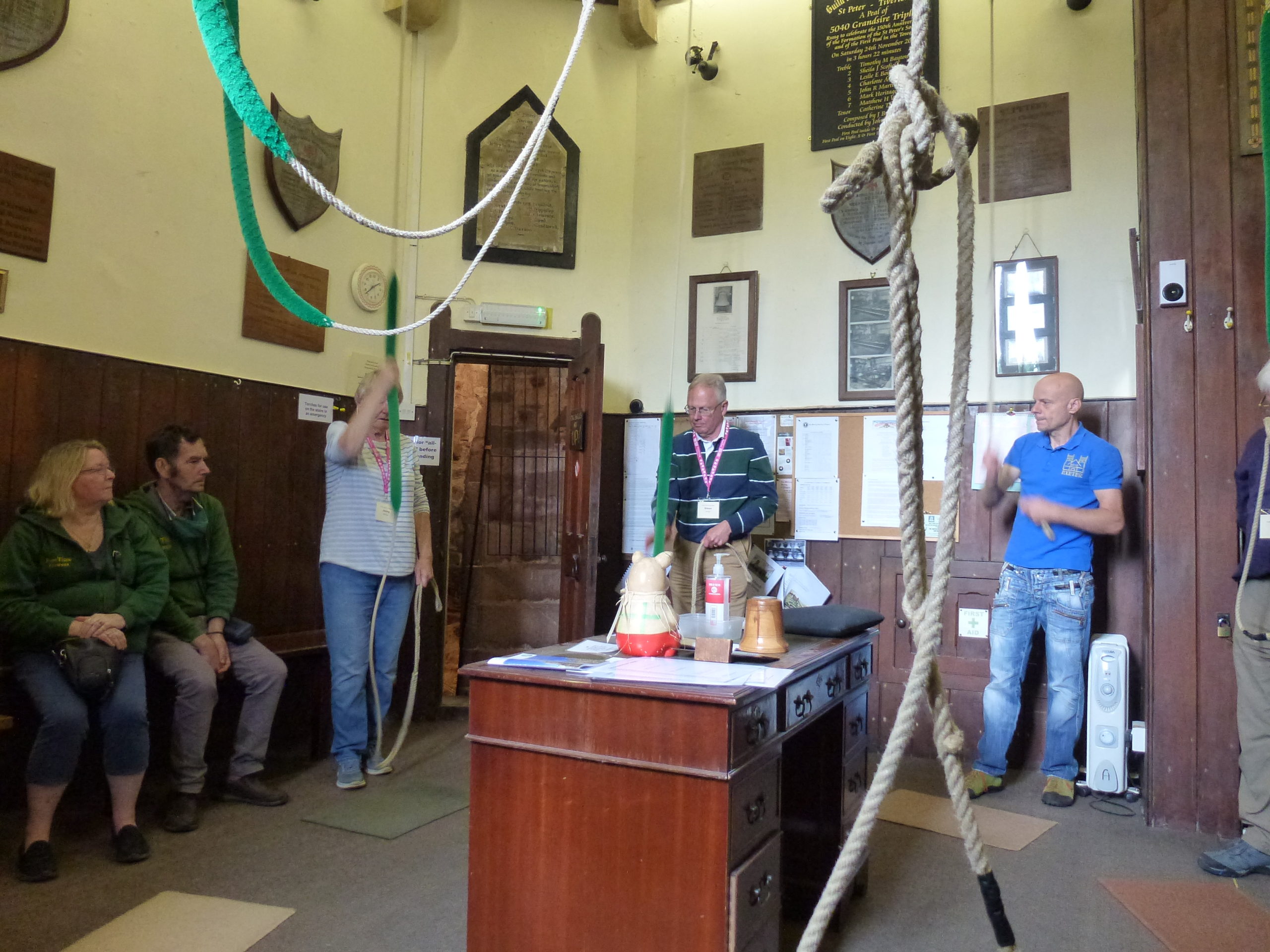 Your Tower Needs You!

At St Peter’s the band of ringers numbers ten and we are seeking to train new ringers. The only pre-requisite is to be over 12 years old and reasonably fit. Comprehensive training is provided and you will become a member of the Guild of Devonshire Ringers (the country’s oldest territorial guild, formed in 1874). Within the Guild, the county is divided into branches and Tiverton is in the northeast branch. Please visit: http://devonringers.org.uk/ for more information about the Guild and the branch.

Service ringing is organised by the captain, so that 8 ringers can participate on Sundays from 10.15 am to 11.00 am. Restrictions on numbers attending practices at St Peter’s are now carefully monitored. All regular local ringers are invited to attend practice nights on Tuesdays from 7.30 pm to 9.00 pm. Any visitors who wish to join a practice, please e-mail us first at ringers@stpeterstiverton.org.uk. We ask that face masks be worn on the stairways and sanitising gel be used before ascending the tower and when changing ropes. Please get in touch if you would like to learn how to ring or to find out more!

The bells are rung to highlight a host of social, community and ceremonial events. These include:

The art of campanology is quintessentially English and is a great workout for both body and mind. It beats a gym membership, hands down! It is also seriously addictive and will provide you with a superb network of friends as well as opening up a world of social activities. An introduction to the wonderful world of bell ringing and bell ringers at St Peter’s is offered in this broadcast from Tiverton Community Radio.

St Peter’s Church is privileged to have one of the finest rings of eight bells in southwest England. The band of bell ringers is happy to ring for any special birthday/anniversary etc. that you may wish to celebrate, perhaps as a unique gift for someone you know. The ringing would last 30-45 minutes at a mutually arranged, appropriate time. To help with the growing cost of maintenance and repair of the bells, a donation would be appreciated.
To find out more or to request your celebratory ringing, please contact ringers@stpeterstiverton.org.uk.