Founded in 1073 by Leofric, first Bishop of Exeter, St Peter’s has been at the centre of civic life in Tiverton for centuries and still serves as the site for the town’s celebrations of Remembrance Day and Mayor’s Sunday. In times of celebration or sadness, Tiverton turns to St Peter’s. The Grade I listing of the building derives primarily from the beauty and historic significance of the Greenway Chapel, which was built in 1517. John Greenway is buried in the church along with several other 16th-century cloth merchants who were vital to the growth and commercial success of the town. After various restorations and additions over the centuries, the age of the building varies from a Norman door to the 15th-century bell tower, 16th-century Greenway Chapel and Victorian restoration of the nave. 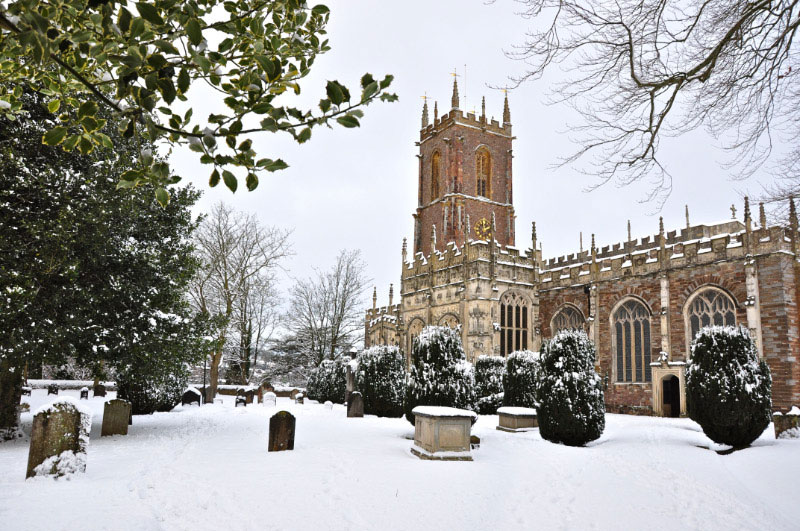