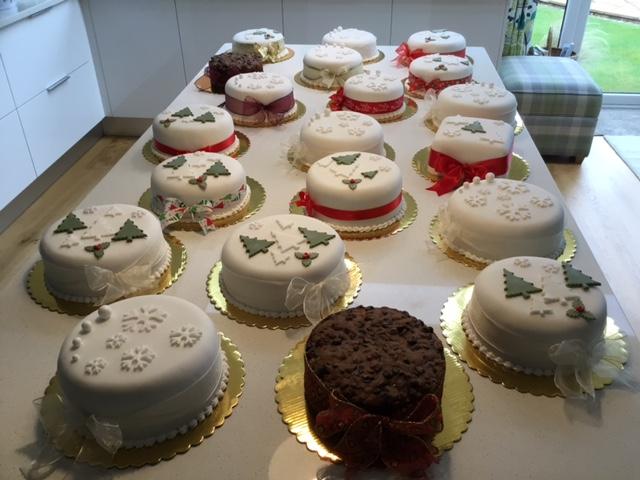 Christmas cakes, Christmas puddings, mince pies, shortbread, knitwear and novelty knitted items are all available to buy at our virtual Christmas fair. Please choose the items you would like and place your order by Sunday 7th November, by clicking on this form. 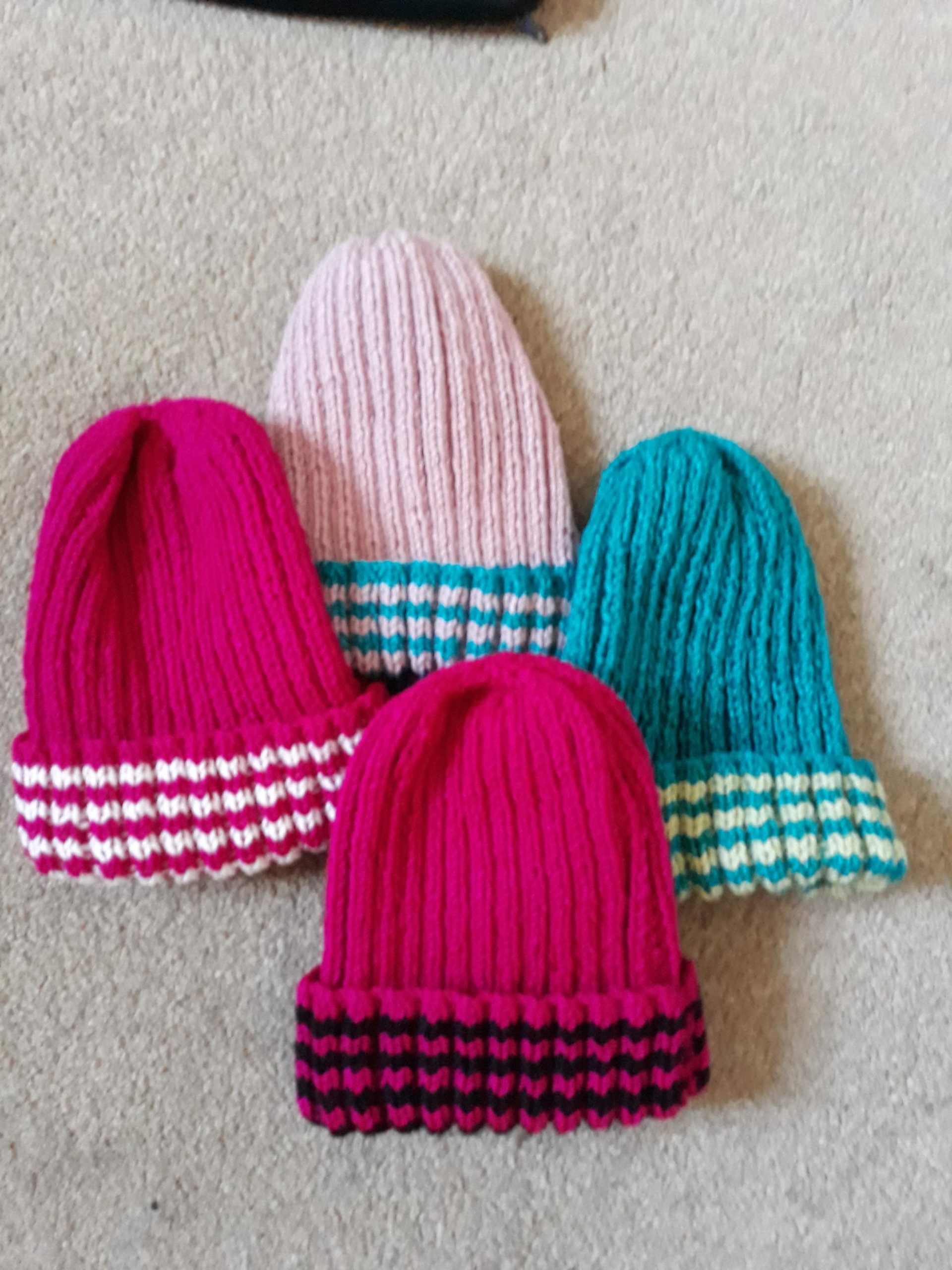 All are welcome to worship here at St Peter’s. As a part of the worldwide Church, we are blessed with an abundance of welcoming neighbours who also invite you to join them:

The latest magazine for St Peter’s and Tiverton and St Thomas’, Chevithorne with Cove is now available to read. Click the picture on the right to download your copy. For previous issues, please visit the Parish Magazine page. 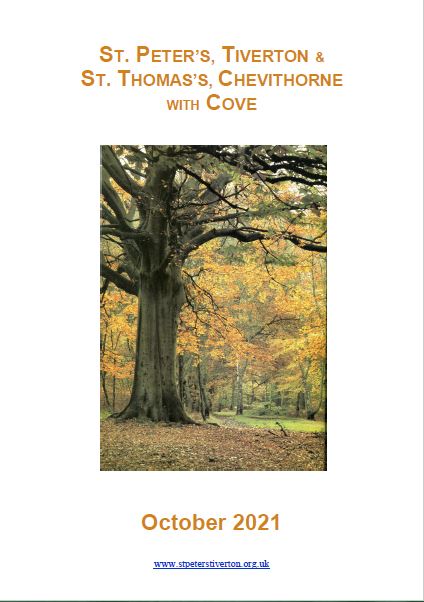 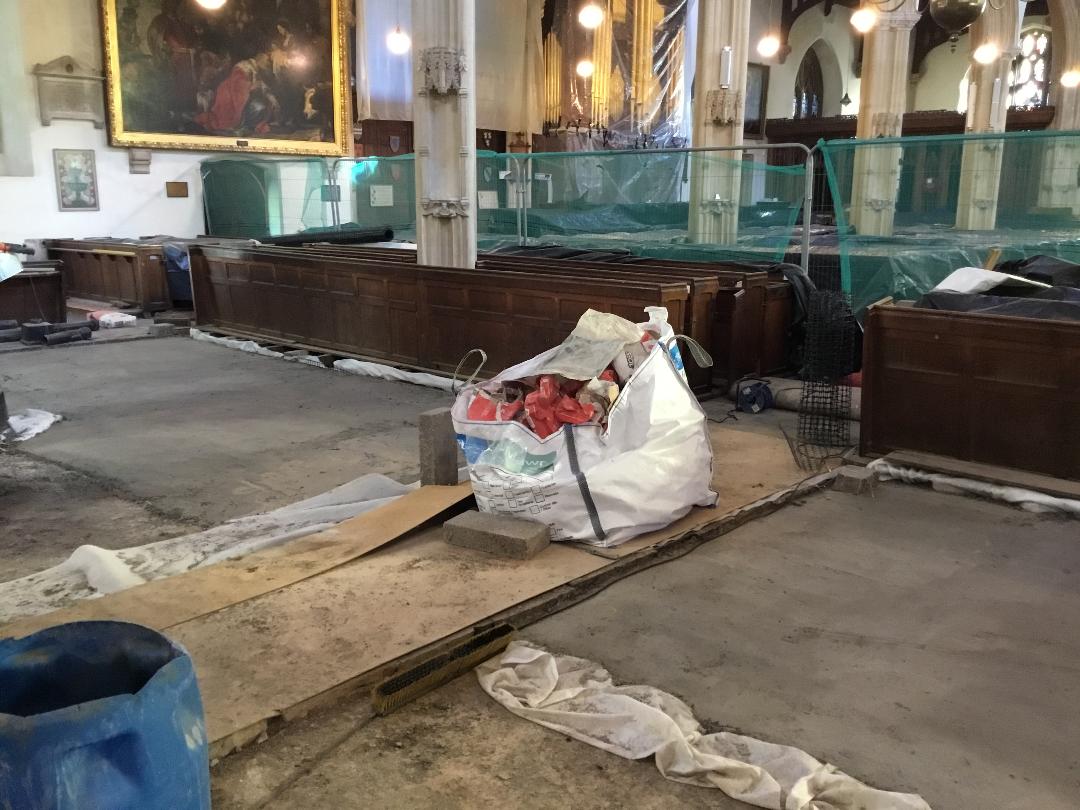 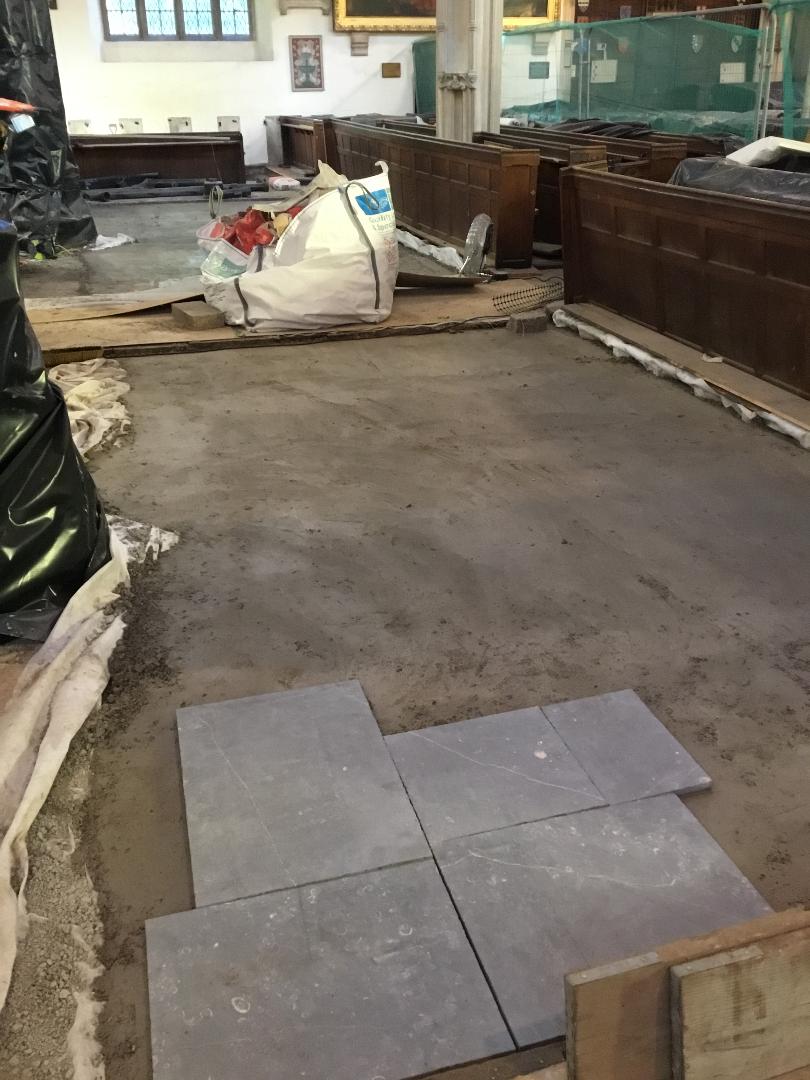 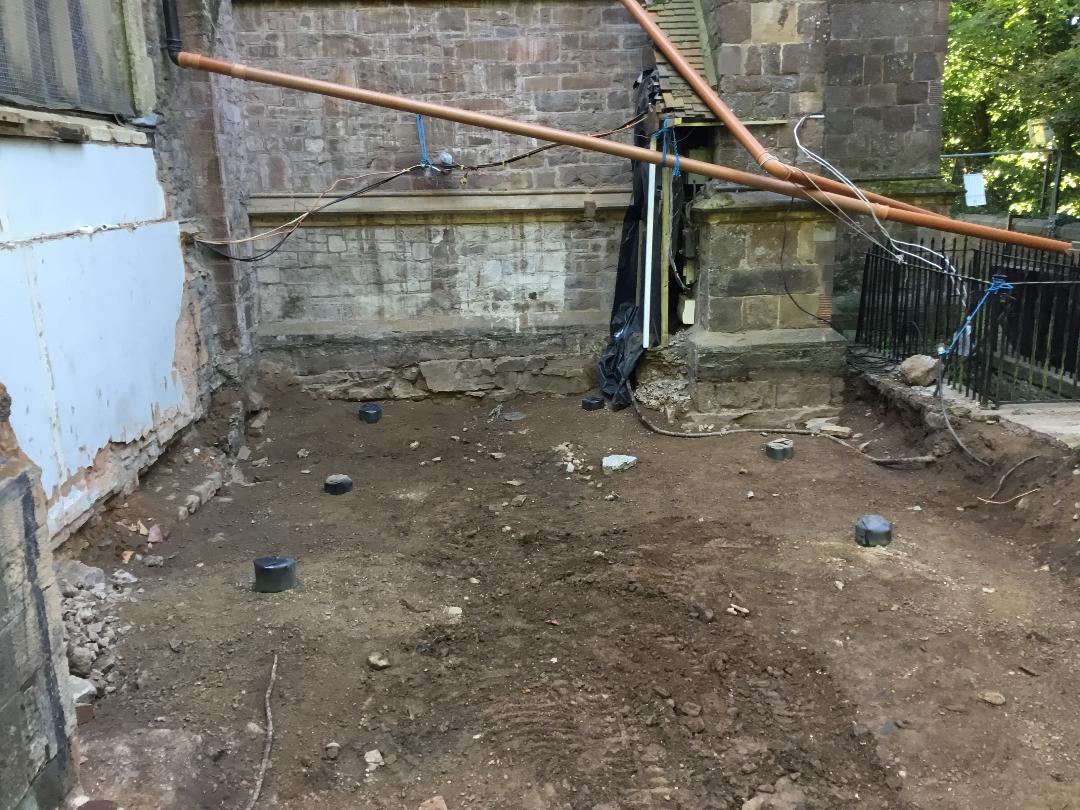 The works on site are making good progress after an unfortunate, slight delay when the architect contracted Covid. This resulted in postponement of a site meeting with the structural engineer to finalise structural details of the sub floor construction over the brick vaults, which were exposed when the pews were removed. Nonetheless, other work continued during the delay, so progress was not stalled.

One area of concern is the base of the font at the new location in front of the Greenway Chapel, because the vaults here are close to the surface. Our consultants are now considering a solution that will not compromise the design objectives. Also in front of the Greenway Chapel, removal of the pews has revealed the lower part of the carved stone screen wall, which is now visible as originally intended. Some small repair works to the base will restore the wall to its full glory.

Everything discovered below the floor has been measured and recorded in great detail by the archaeologist. Once the new flooring is in place, we will therefore have documentation of what lies beneath.

At the west end, where the pews have been removed, operations are ongoing to form the new sub-floor levels in preparation for laying the new stone floor. To avoid damage to the brick vaults, this must be done carefully, by gradually rolling layers of fill rather than using pneumatic compaction. Fortunately, the levels found below the old paving slabs here are such that the new stone floor can be laid with only a thin, self-levelling screed below the stonework bed, so there is no need to break out the existing concrete slab.

Elsewhere, piling has commenced for the toilet block and porch has been removed for refurbishment. The engineer has specified small, bored piles to support the new toilets. Once these have been installed, the final excavation can be completed and work on the floor slab can begin.

Our original reordering plans included a new, fully glazed porch of slightly larger dimensions than at present. However, to emphasise the sideways facing aspect of the pews along the south wall, we are now required to replace a small group of pews to the east of the porch, which were removed in the 1950s. The result is that installation of a new porch will be impossible in the remaining space available. Instead, the existing porch will be refurbished with glazing in the upper panels on the sides and in the doors. A new, solid ceiling with a simple cornice will replace the present glass ceiling.

After finishing, the porch will match the new woodwork, and the glass panels will allow visitors to see into the church. Fortuitously, this proposal also offers a significant cost saving.

Online Services
Don’t forget: the Sunday services over the last month remain available to download. You can listen by clicking here or going to the ‘Services and Extracts’ page from the ‘Services’ tab on the Menu. Our thanks to Stephen Roche and Dave Burton for making this happen. Please note that Zoom login details are changed every week; contact the church office if you do not receive them by e-mail. Phone details remain the same. We look forward to seeing and hearing you again this week.

Giving
To give to St Peter’s Church PCC, please visit our Give-a-Little page by clicking here. Please use the reference St Peter’s services.
Thank you for your support. It is much appreciated.

Here are a few things to remember when accessing the conference call at 10 am on Sunday:

The online (Zoom) and conference call phone service will be the same as the published service available to download from the Services page.

Notes for Zoomers
If you are joining us via Zoom and you want the order of service in front of you without having to print it first, please follow these instructions to see it on your screen alongside Zoom. This should work for Windows 10 users. Users of other operating systems, iPads etc may need a different approach.

Step 1: Open the order of service on your computer or download it and use a pdf reader.

Step 2: Start Zoom and join the service
DO NOT ENTER FULL SCREEN (if you do, use the EXIT FULL SCREEN button or ESC to return to the smaller window)
You should now have both the Zoom picture and the order of service on your screen side by side

Step 3: If you need to separate the two open windows, place the cursor on the top bar of either, then left click and hold to drag the window to the left or right

Step 4: Use your mouse or the Page Up / Page Down buttons (up / down arrows) to scroll through the service

If you are using a PC to zoom you may also follow the order of service on your smart phone by opening the St Peter’s website in a browser (Safari, Firefox, Edge or similar).